Imagine visiting a loved one's grave, only to notice that their headstone has moved. It could be unsettling, almost as though they're trying to send a message. Headstones can shift position, but it takes some time for this to happen, and it generally only occurs when your loved one's grave is on a slope. But still, you don't want their final resting place to be altered in any way, so how can you prevent their headstone from shifting position?

It's not as though their headstone will physically reposition itself, and any shift will be a tilting of the headstone. It might be appropriate for this idea to give some people the creeps since it's caused by a natural occurrence known as downhill creep. This is often seen in trees growing on a slope, with the angle of the ground exerting pressure on the buried portions of the tree, causing the aboveground portions to align themselves to the underground angle of its structure. There's nothing mysterious about it, but it can potentially cause your loved one's grave to appear unsightly. So how is downhill creep avoided in graves on sloping ground?

The Time of Installation

Downhill creep can be most pronounced when the headstone is installed too early before the soil has had a chance to settle and solidify. The grave is still in the process of sinking, as the coffin compresses the underlying soil before it settles into its final position. This sinking is very minor, but when the headstone is installed too early, it can be tilted forward by this sinking process. So a slight delay between burial and the installation of a headstone can be beneficial when the grave is on a slope.

Even when this delay is observed, downhill creep can still develop (no matter how slow the process might be). This can be minimized or avoided entirely by correctly anchoring the headstone. Headstones are anchored in two ways, with the monolith method involving a certain amount of the structure being underground, where it's secured in a buried concrete shoe. It's a case of the deeper, the better for this method. Alternatively, the dowel method can be used, when the headstone is anchored via a metal dowel protruding downwards from its base. In this case, a longer dowel will offer far more stability.

A shifting headstone is perfectly natural, but this doesn't mean that it's wanted. The time of installation and the anchoring of the headstone can correct the issue. Reach out to a professional who works with headstones for more information. 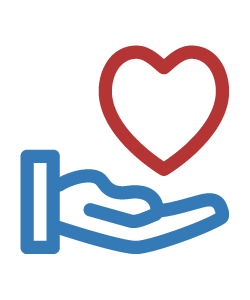 When it comes to planning a funeral for a loved one, there are a lot of things that can be challenging. When you are already coping with the loss of a loved one, it can be tricky to manage other aspects of the loss, such as dealing with the loss of income the person may have brought in. All of these things could lead to significant problems when it comes to planning a funeral, which can make it even more difficult. On this website, you will learn all about how to plan a funeral, while still keeping your wits about you.